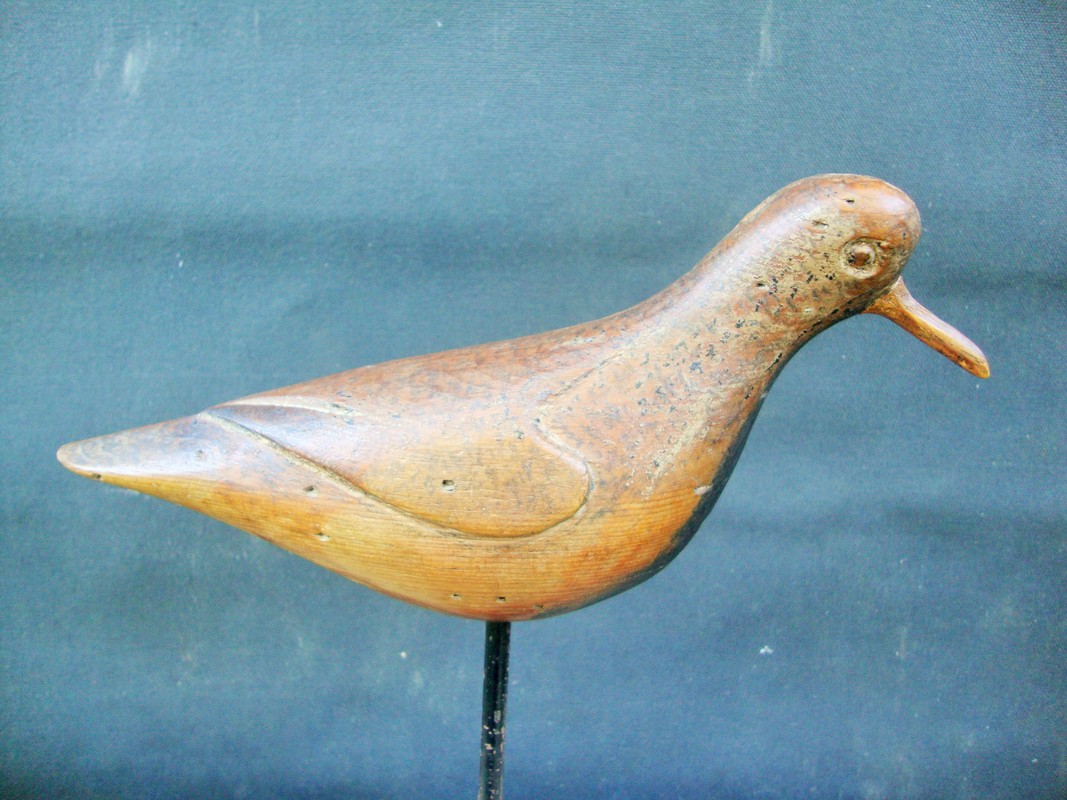 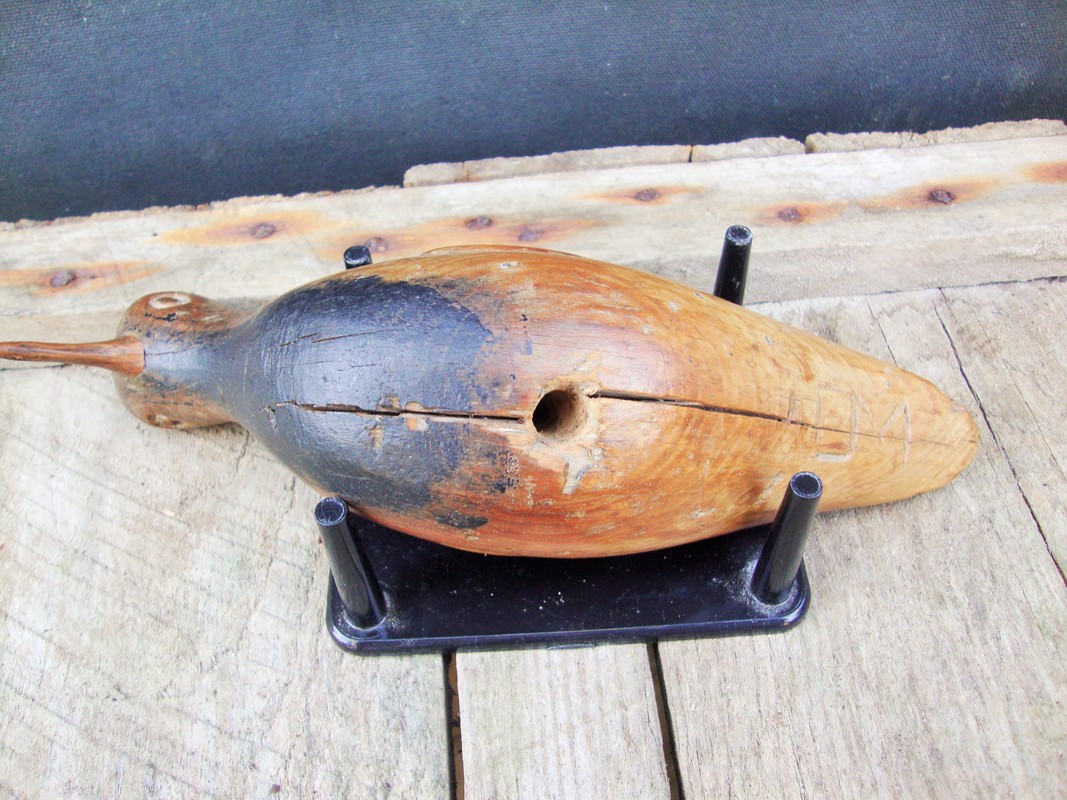 ​Black Bellied Plover by Obediah Verity, Seaford, Long Island New York, 3rd quarter 19th century. Carved eyes with relief wing carving. DM is carved under the tail and most of the paint is worn off. Tight crack in bottom and lightly hit by shot. A must have for the serious shorebird collector.
$3450 with free shipping.
SOLD 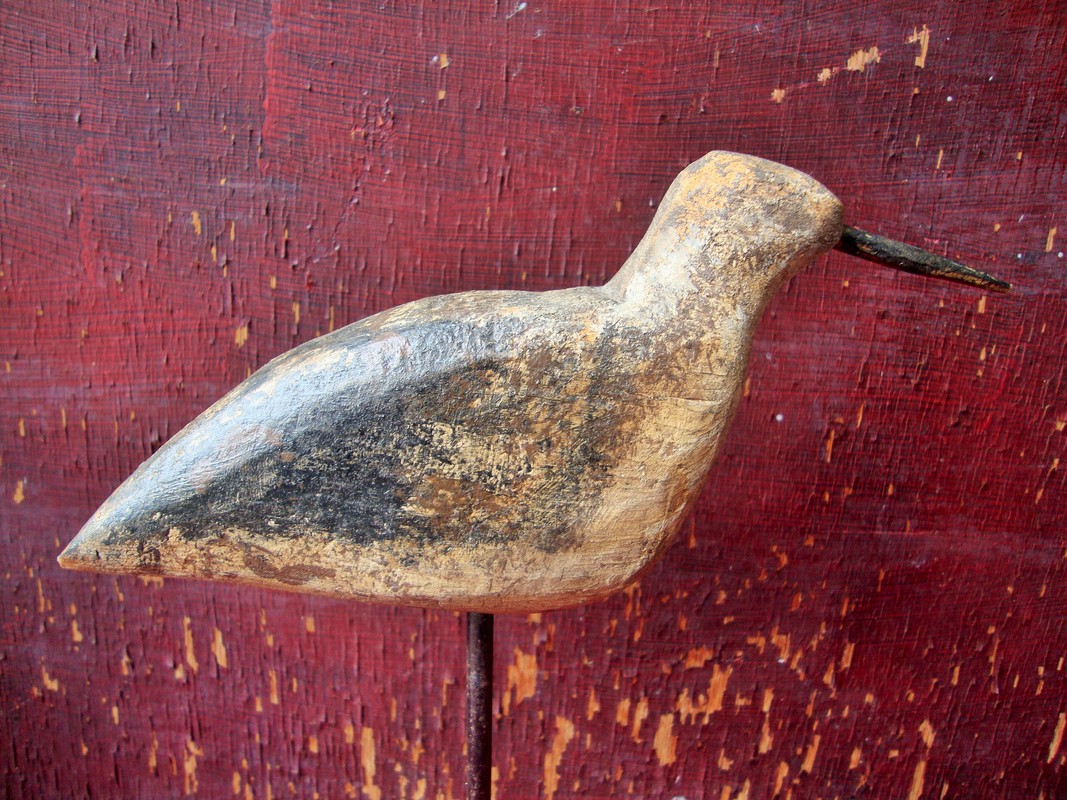 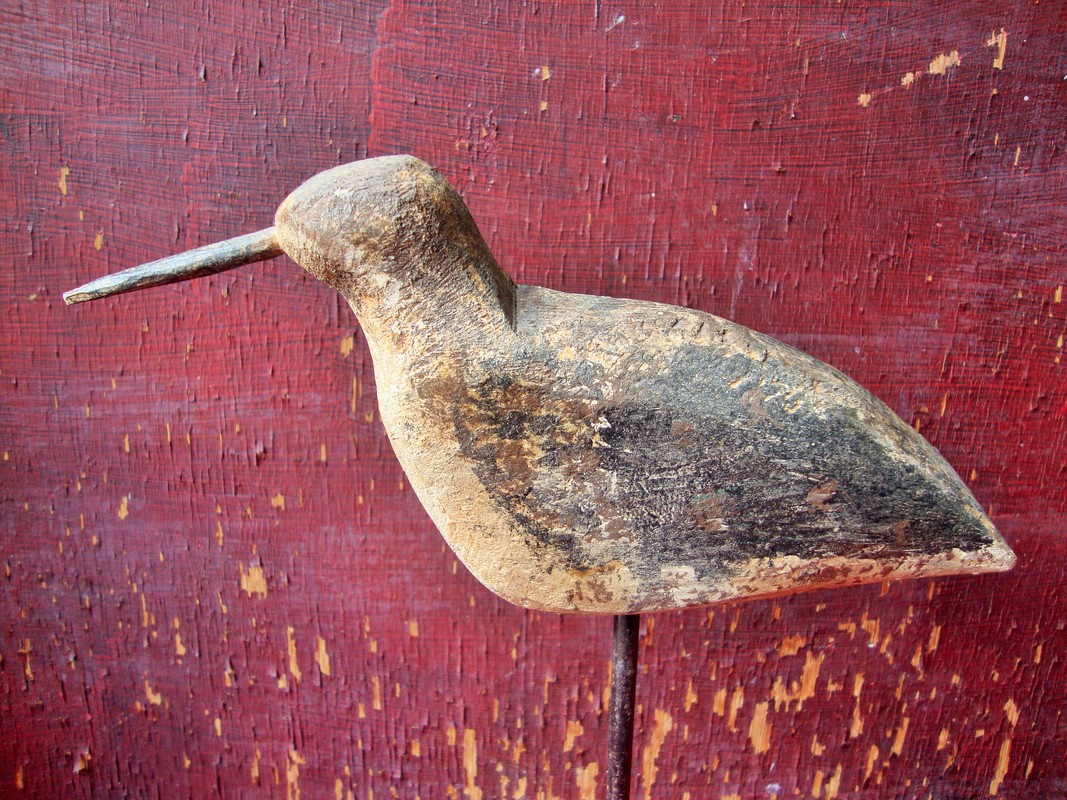 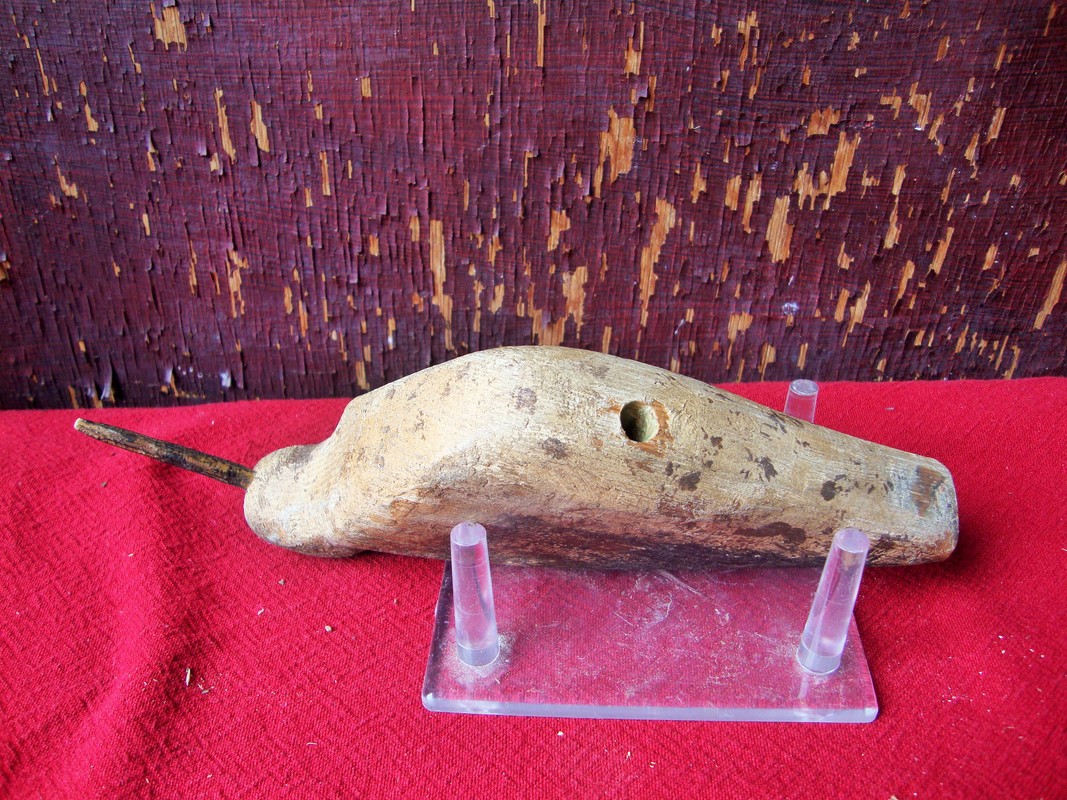 Early 1900's shorebird decoy found in Maryland, maker unknown to me. In good structural condition and old paint. A terrific primitive gunning shorebird with great charm.
Ships for $285
a stand is included.
SOLD 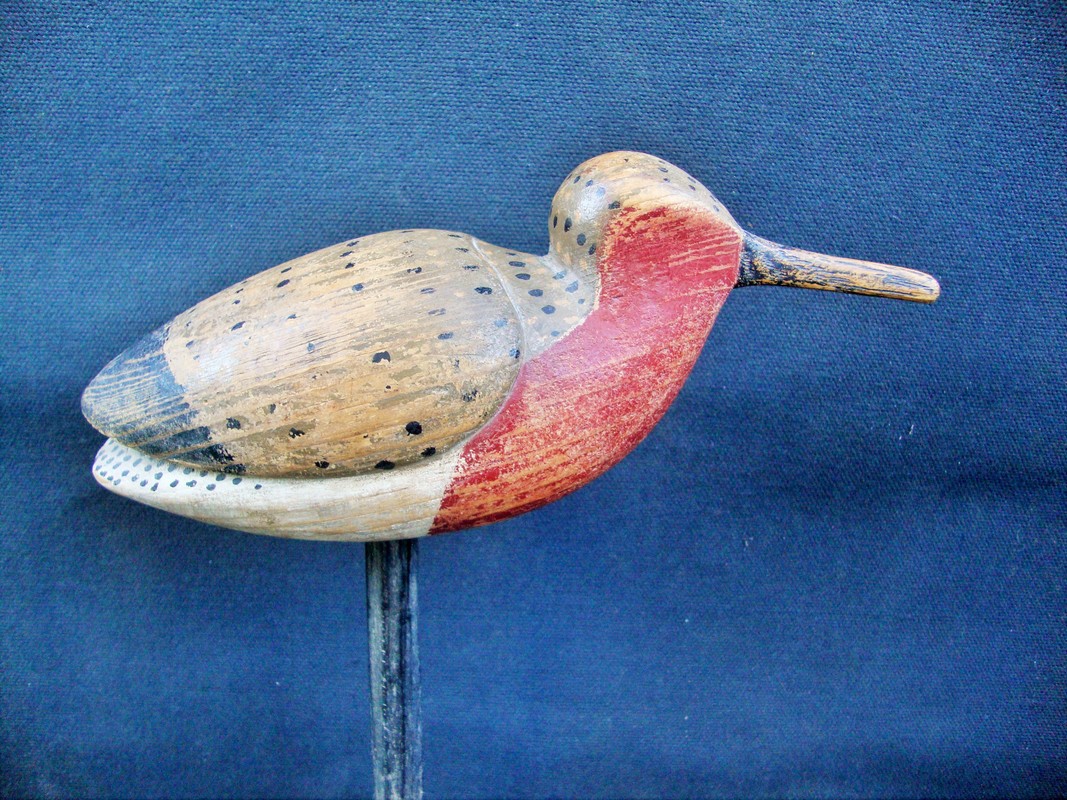 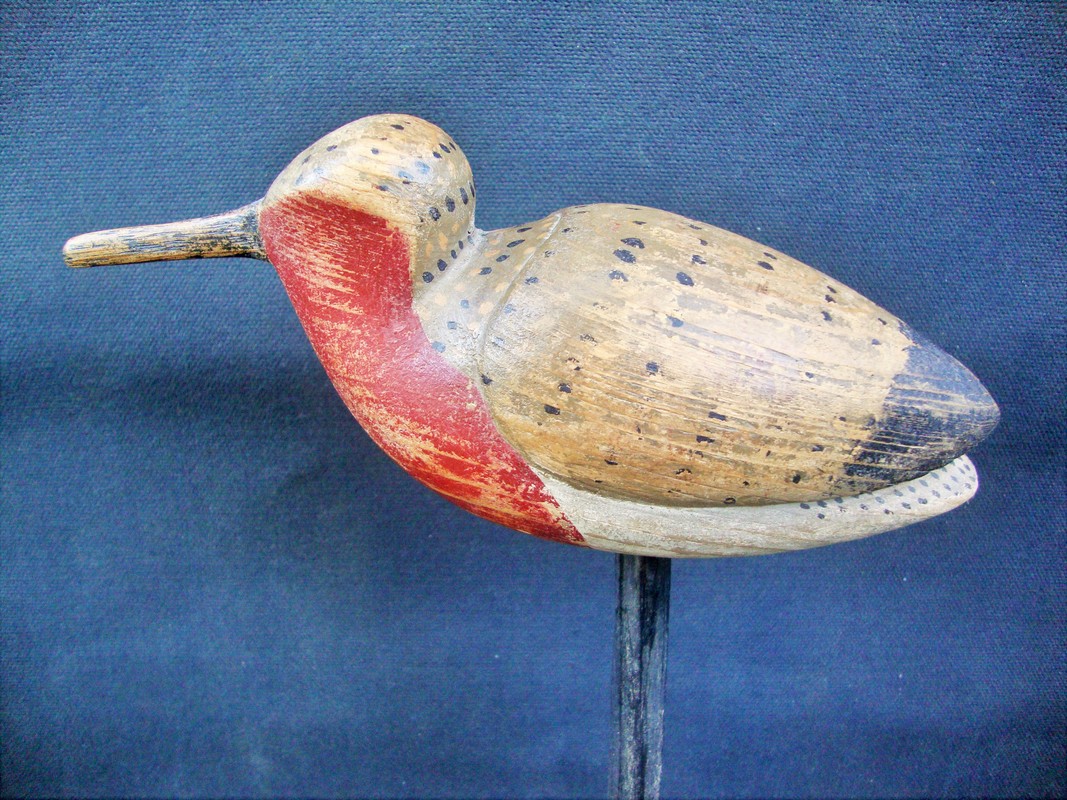 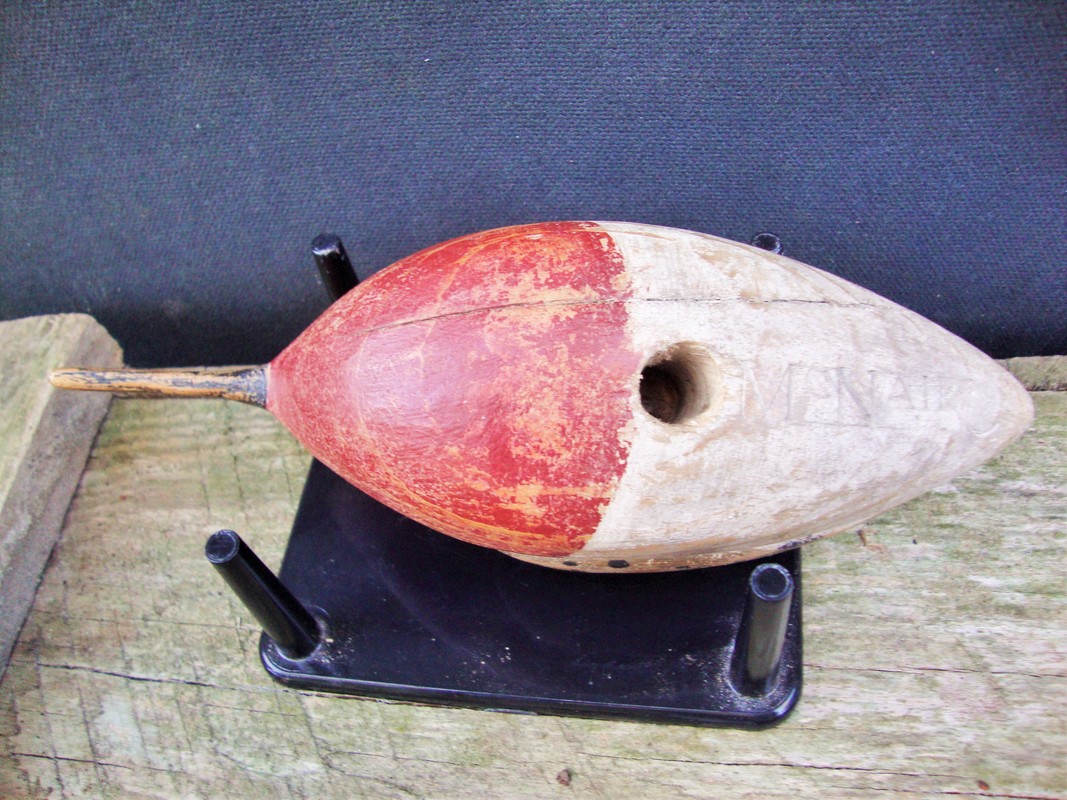 A classic running snipe by Mark McNair of Craddocksville, Virginia. In original paint, his name is incised in the bottom on this classic work of art by one of America's top decoy makers. Some of his carvings go in the thousands and this is a good buy here. Measuring 2.5" x 7", a stand is included.
Ships for $650.
SOLD 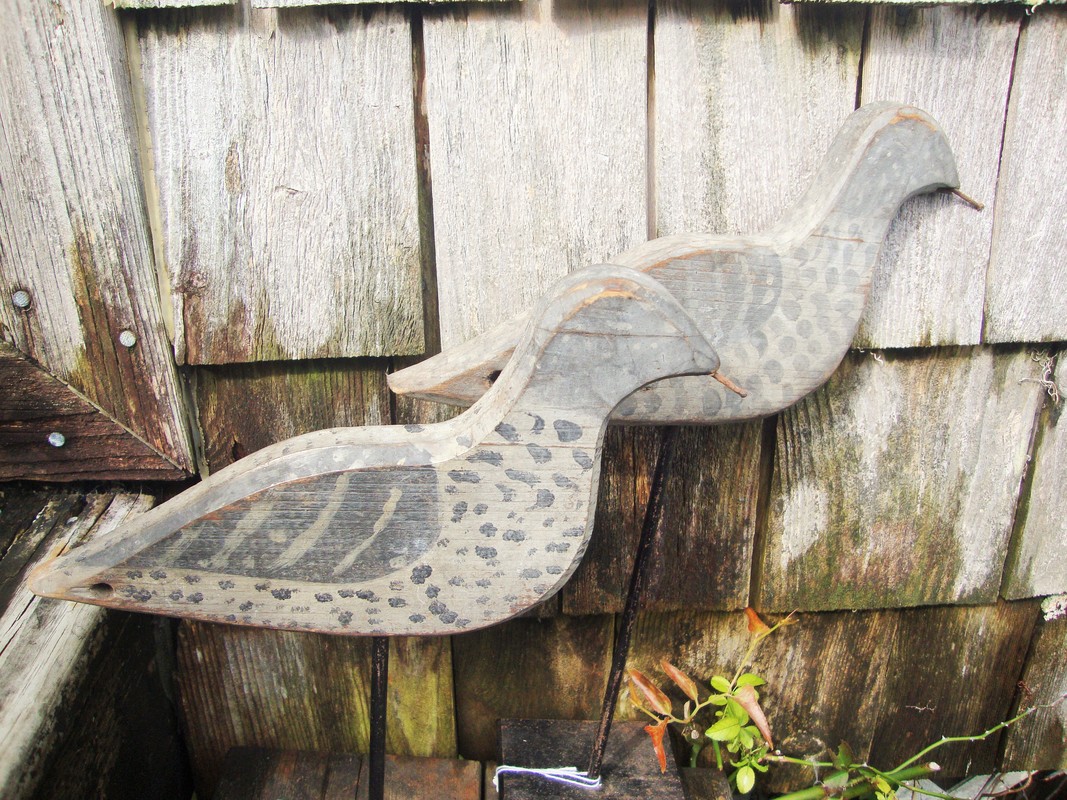 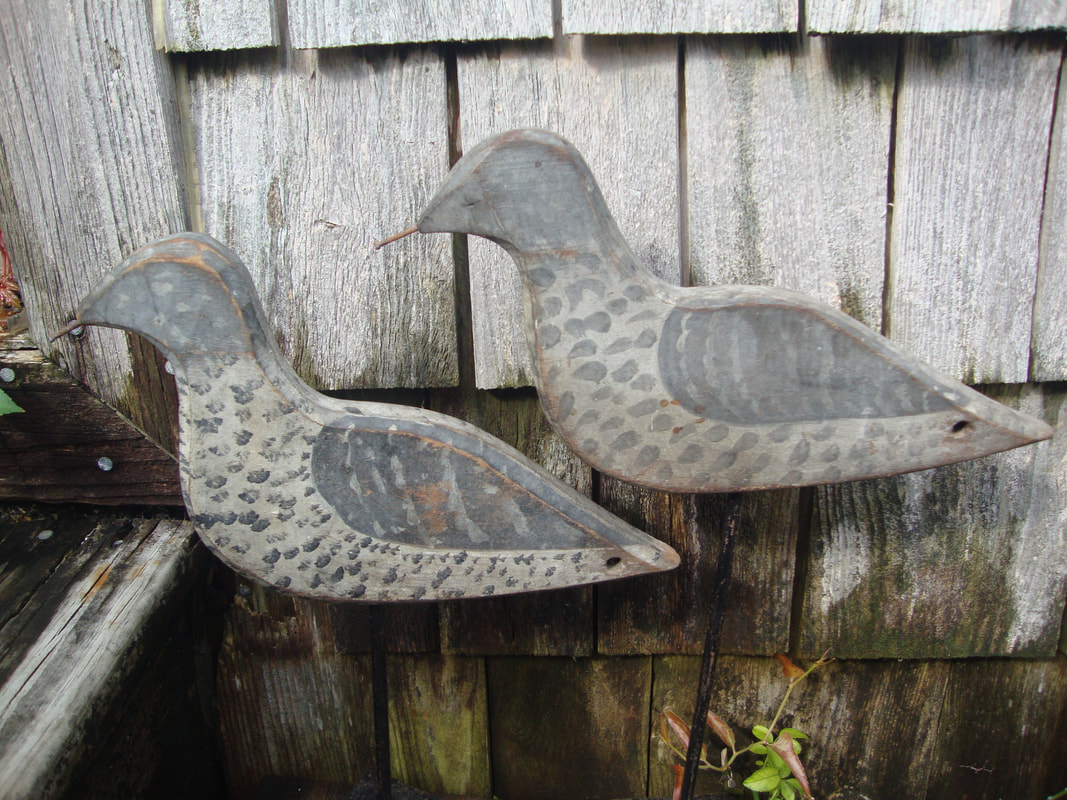 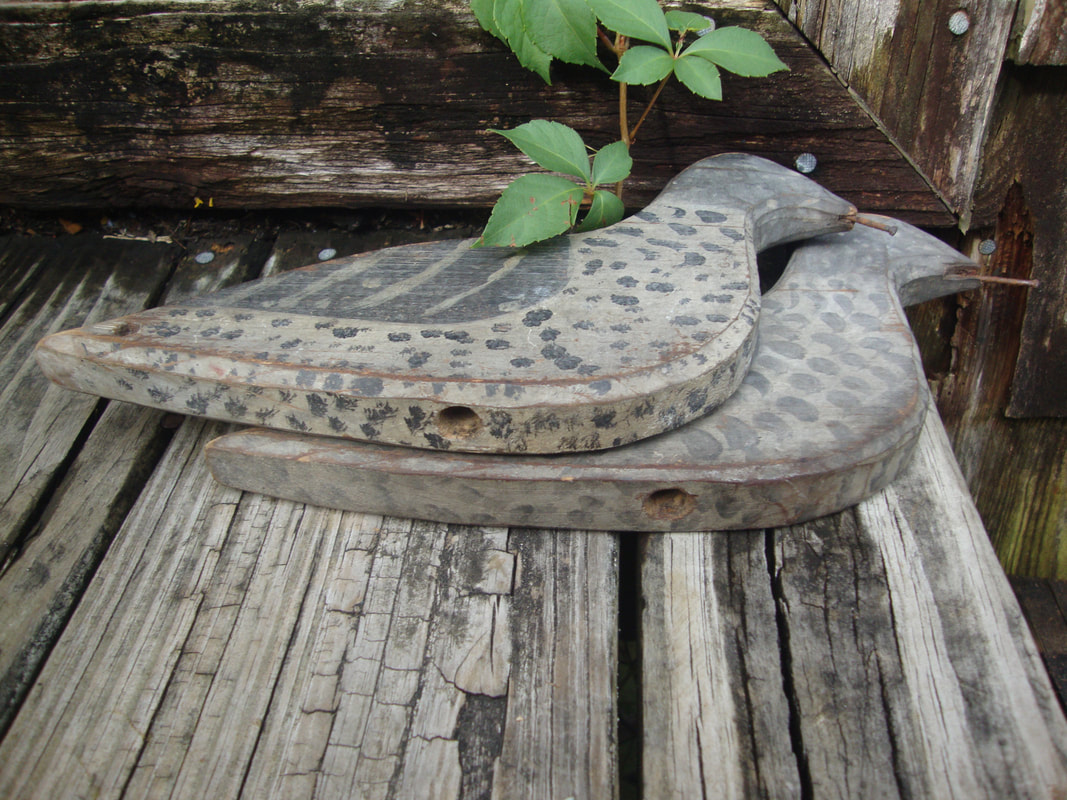 Two flattie shorebirds from the east coast, similar to those used and mostly likely from Virginia or North Carolina. In nice old paint, nails have replaced the original bills. Great old gunning lures from first quarter of the last century.
​$450 for the pair
SOLD

MORE TO BE ADDED SOON